Jacket Potatoes in a Slow Cooker

Making Jacket Potatoes in a slow cooker is very easy. The skin may not be as crisp as it is when they are cooked in an oven, but they taste lovely and meaty. To make the skin crisp, they can be put under a preheated grill for a few minutes, turning frequently.

Jacket potatoes cooked in a slow cooker have a ‘meaty’, different, lovely flavour. They can be served with any western style meal or on their own, with a Toppings/Filling of choice. Here I have cooked only two, using my small slow cooker. Make one large potato per person when cooking for more people. It is worth making more than you need, the extra ones can be used to make a Potato Salad 1 or Potato Salad 2 or any one of the potato bhajies on this site.

I use King Edward Potatoes, but any large potatoes can be used, like Maris Piper, Desiree, Vivaldi or Melody.

Jacket potatoes are similar to the roast potatoes that were cooked in India in the dying ambers of a ‘Chulha’ fire. Chulha is a three sided wiid burning stove. 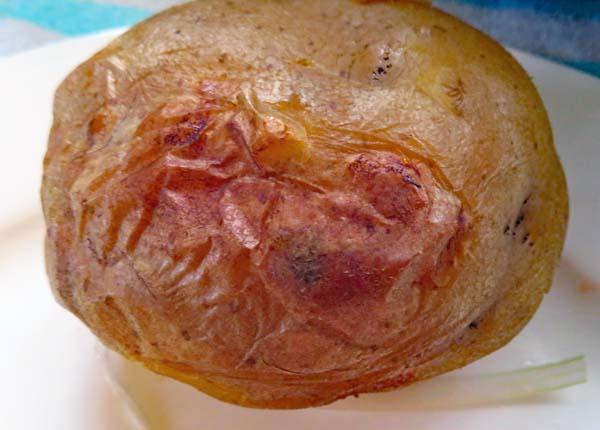 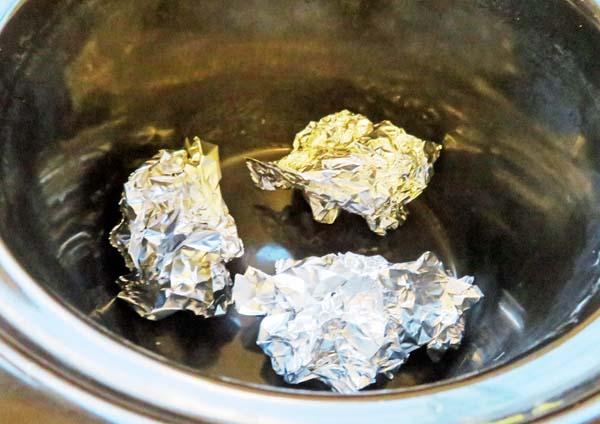 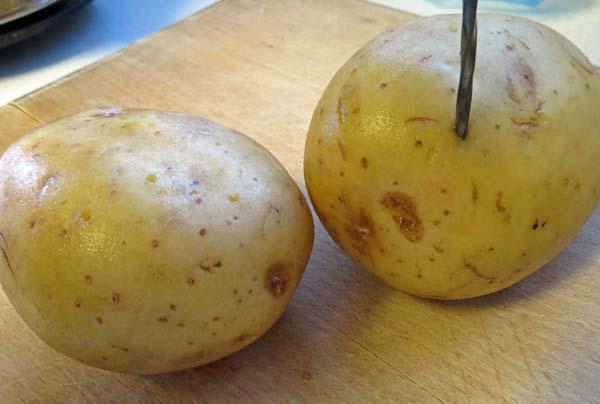 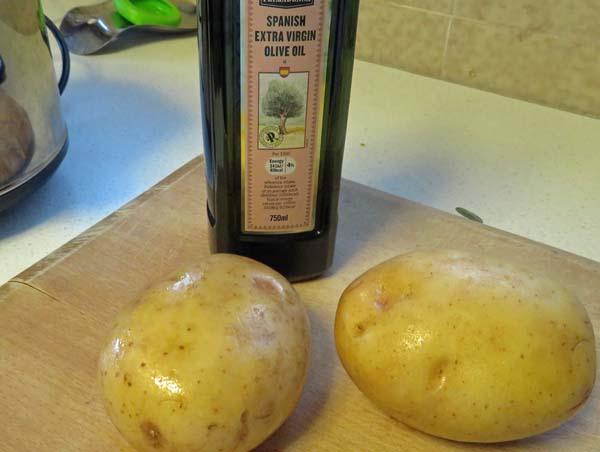 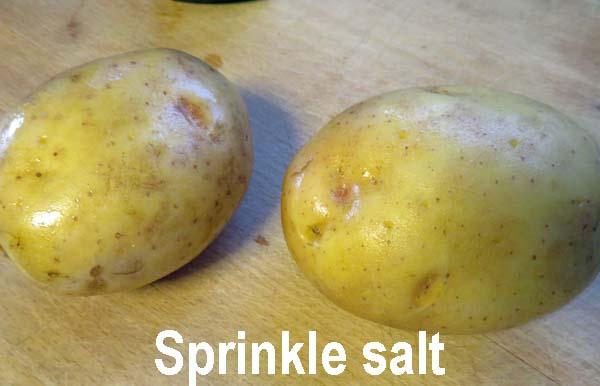 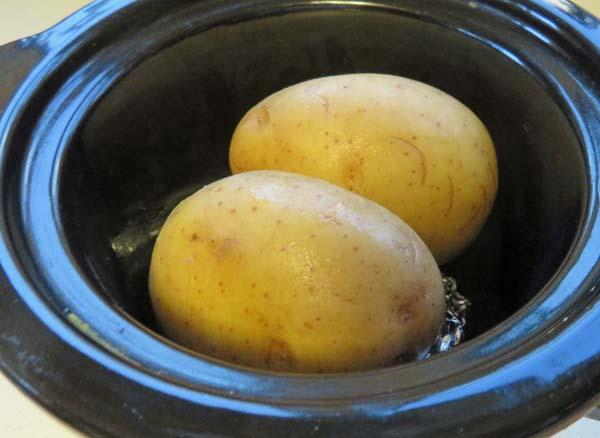 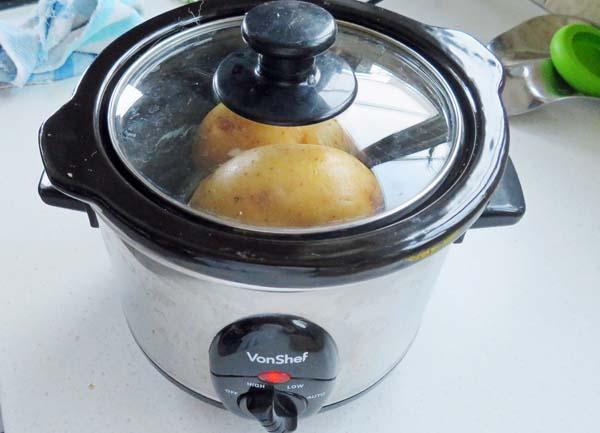 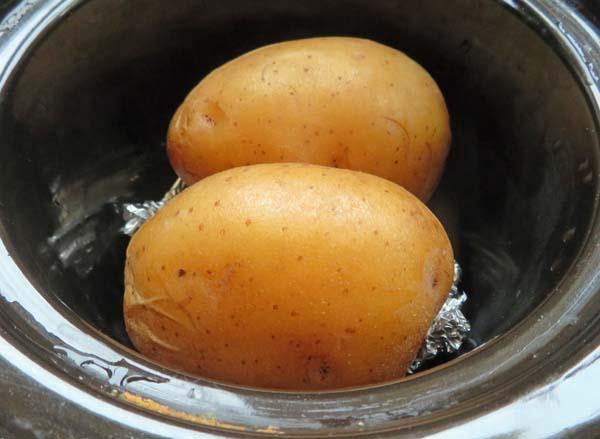 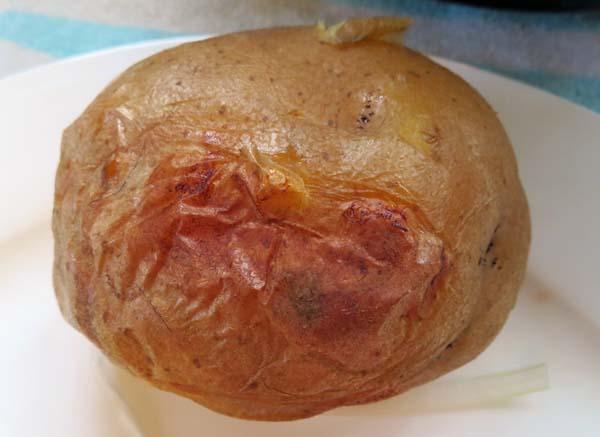 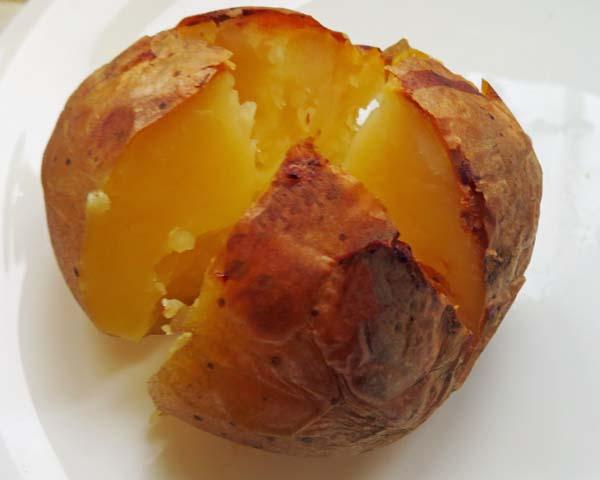 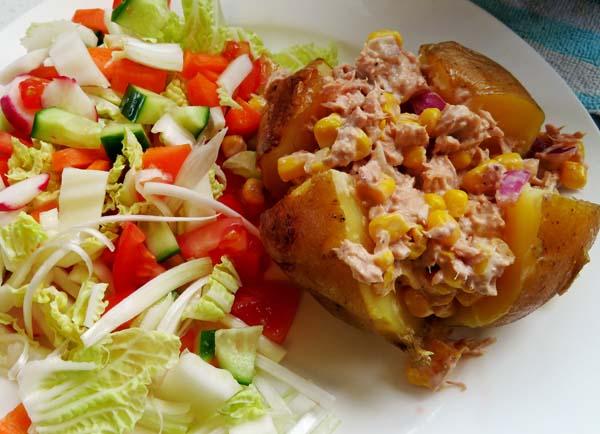 If you have any comments or questions about this recipe, please post them to our Discussion Board. To link to this recipe on the forum, you may use the shortcode [recipe:13628]