Papad Or Papar, How To cook?

The word poppadums, known as 'papads' or 'papars' in India, the sound being a mix of 'd' and 'r' sounds. The word Poppadums is an English/British invention, perhaps taken from South Indian word 'papadam' or 'paparam'. They are paper thin, round wafers made with various dough’s, with spices and herbs. The most popular ones in North Indian cuisine are made with either Urad or Mung dal, with salt and black pepper. In India, rice, sago and potato papads are popular, often as a snack. Mini Papads are sold as crisp snacks, in small pakets . They come in all sizes, from small bite sized to huge ones that fill a large dinner plate. They are crunchy like crisps. Lentil ones can be roasted/grilled/deep fried/microwave cooked, the rest are deep fried.

In UK restaurants, they are served mostly as a starter, with chutney, dips, finely chopped Kachumbhar Salad and yoghurt. In Indian homes, they are mostly eaten as part of the main meal. A very popular starter in many restaurants in western India is "Masala Pappad"; spread chopped tomato, coriander and onion on small pieces of deep-fried papad, then sprinkling some Chat Masala and chopped green chillies on top. Make this just before serving, or papad will get soggy.

In Rajasthan, serving papads traditionally heralds the end of a meal. In older days, this was quite a strict rule. If you served papads at the beginning of a meal or with a meal by mistake, people would get up from the table, abandoning the meal. There are many tales about whole wedding parties leaving their meal because some poor host unwittingly served them papads at the beginning, which they considered an insult!

Once opened, store them in a plastic, airtight bag/box. Otherwise, they will deteriorate, becoming brittle quickly due to loss of moisture. 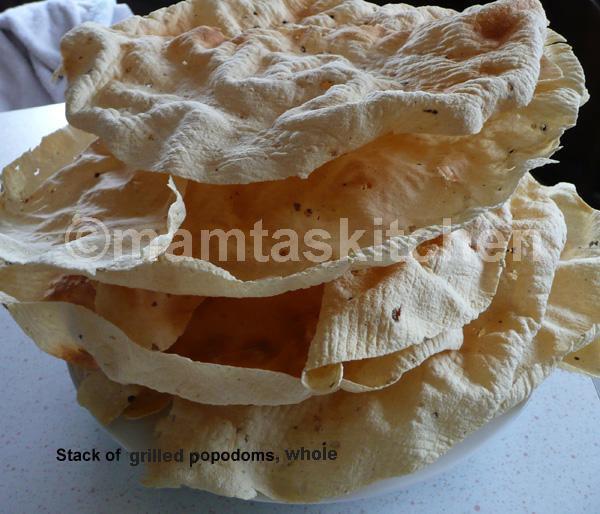 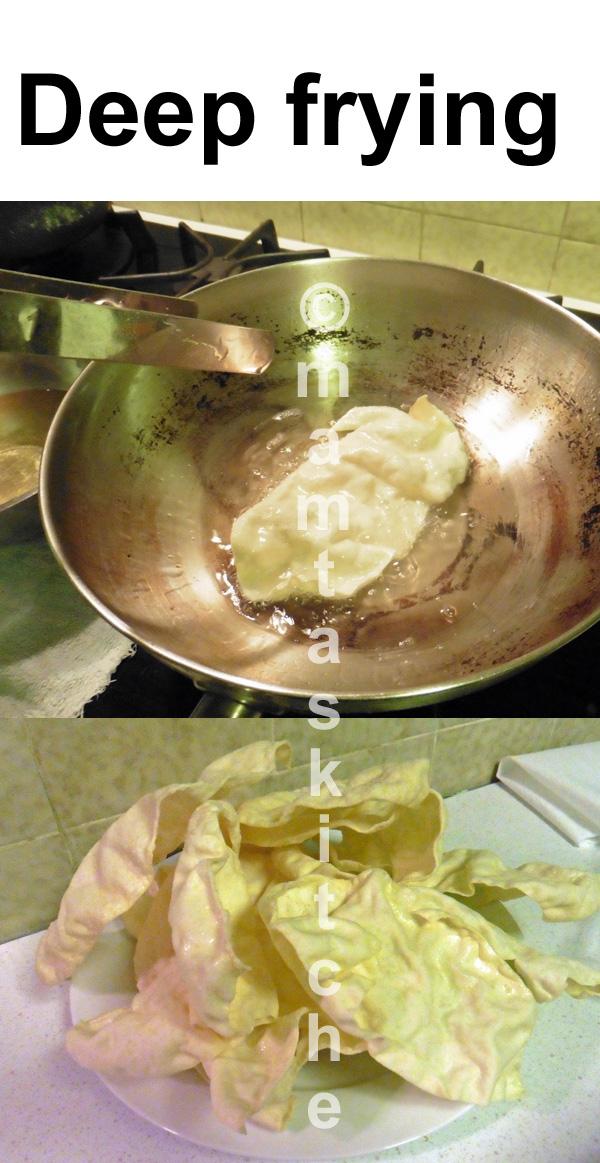 If you have any comments or questions about this recipe, please post them to our Discussion Board. To link to this recipe on the forum, you may use the shortcode [recipe:13317]