Naan is a popular Indian bread, traditionally made in a ‘tandoor’, an Indian clay oven. Tandoors cook food at very high temperatures. It is impossible to have that high a temperature in a domestic oven, but if you cook them on a heavy bottomed pan/tava, or on maximum heat or under a preheated grill, the results are pretty good. In fact, I tend to make them on an old, heavy frying pan these days instead of an oven or grill and they come out pretty good.

Naan, though Indian, can also be used with non-Indian meals, like with soups or dips or with a little cheese and salad. Either cut up a large Naan into strips or make very small Naans. This recipe is slightly different from Nan 1, it does not require yoghurt or strong flour. Makes approximately 16. 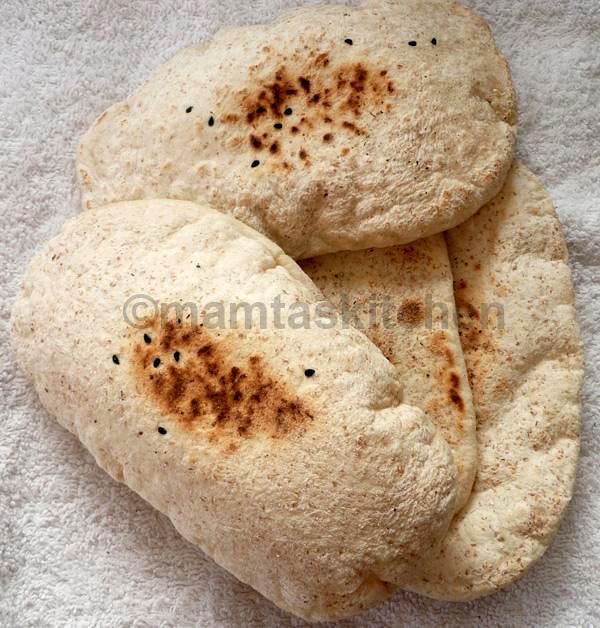 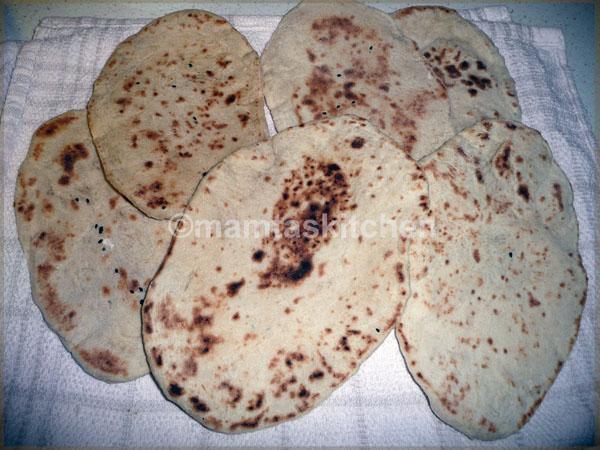 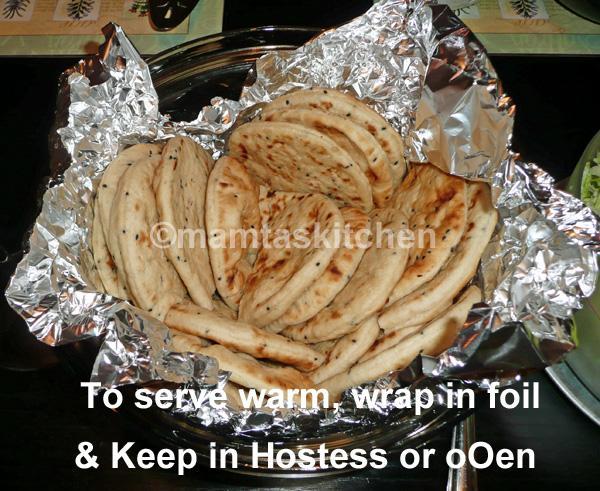 If you have any comments or questions about this recipe, please post them to our Discussion Board. To link to this recipe on the forum, you may use the shortcode [recipe:13295]