Missi roti is one of the traditional Indian roties that is gaining popularity once again. This was one of my father's favourites and cooked in our house frequently. It is traditionally served with any of the sags (leaf vegetables) like sarson (mustard leaves), chana leaves(gram leaves), palak (spinach) and with skinless urad dal (lentil). A yoghurt drink like lassi or mattha and a piece of Jaggery (a lump of raw, cane sugar) are the usual accompaniments. It can be served with meat and chicken curries too. It can make you quite thirsty, so be prepared to drink a lot of water after eating missi roti! Don't be put off by a long number of steps, they are just to explain how to make rotis. Makes 18-20 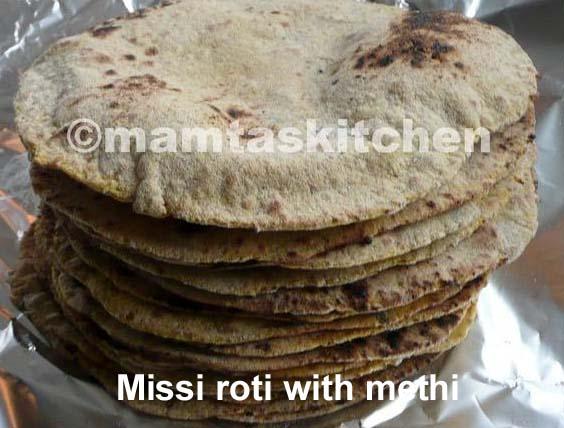 If you have any comments or questions about this recipe, please post them to our Discussion Board. To link to this recipe on the forum, you may use the shortcode [recipe:10291]