This dish was invented when we as bachelors were trying to cook a meal and did not have enough of either mince or chick peas to give us enough quantity. So we decided to combine the two. Later on, on another occasion, spinach was added as it happened to be lying around in the fridge. It was so well liked that I have been cooking it for parties ever since. 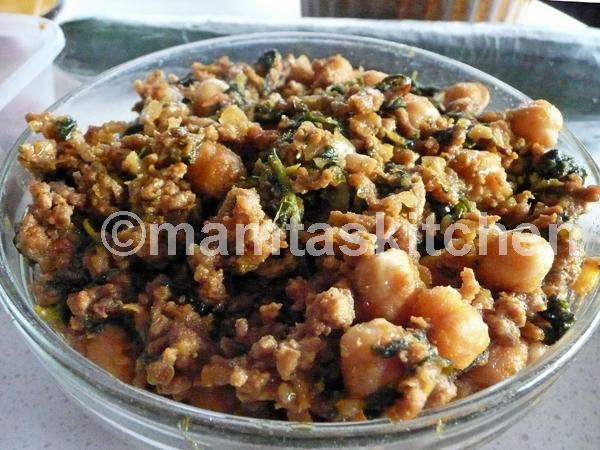 If you have any comments or questions about this recipe, please post them to our Discussion Board. To link to this recipe on the forum, you may use the shortcode [recipe:10131]