Naan is a popular Indian bread that is traditionally made in a hot Tandoor, an Indian clay oven (see pictures below). A Tandoor cooks food at very high temperature, which is impossible to achieve in a domestic oven. However, if you cook naans on a maximum, (300C in my oven) or under a preheated grill, or on a pre-heated, heavy bottomed pan/tava, the results are pretty good. I tend to make them on a frying pan these days, not using the oven at all. I find that the pan cooked Naan are the softest.

Naans can also be used with non-Indian meals too, with soups or dips. You can either cut up a large naan into strips or make very small ones. You can also use a Naan for a quick Pizza. Left over/surplus naan dough makes a pretty good bread loaf too. Makes approximately 16.

Do not be put off by the long recipe, I have tried to describe it step by step, to make it easier 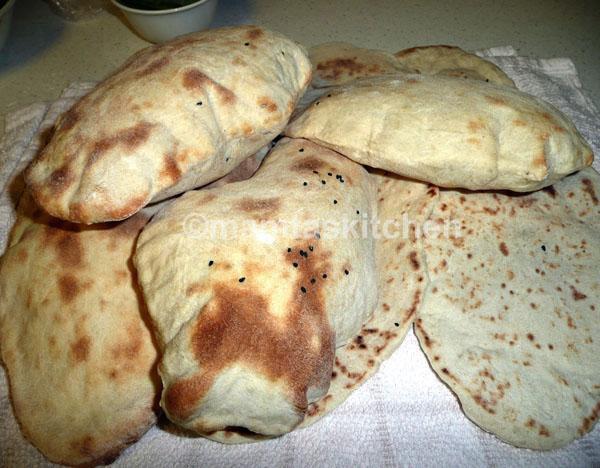 If you have any comments or questions about this recipe, please post them to our Discussion Board. To link to this recipe on the forum, you may use the shortcode [recipe:10108]